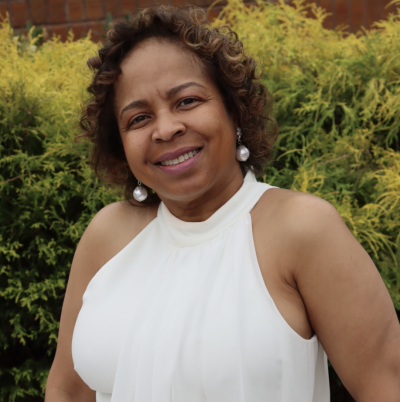 Her singing career started at the young age of 10 where she sang as a soloist in her church and never stopped singing. From Chicago, Illinois, Susan is best known as a Diva with a silky-smooth voice. She specializes in a variety of genres and styles mostly attracted to the Jazz and favors artists such as Sarah Vaughn, Nancy Wilson, Ella Fitzgerald, and Natalie Cole.

With over 20 years of experience performing, susan has reached large audiences and has received many acknowledgement and rewards for her performances and accomplishments.

Susan has collaborated and/or performed with such artist as, Oscar Brown Jr., the Lou Rawls Foundation, various music directors and studios throughout Chicago on solo projects, background vocals and voiceover work.

Venturing out to compete in talent shows and many showcases, afforded Susan the opportunity to study and work with David Baldwin where she developed sight reading and singing which advanced her piano basics. Under the vocal coaching of Alberta Thresher, an established German vocal coach, at the Fine Arts Foundation in Chicago, Susan first developed many techniques and learned to sing in foreign languages.

Now living in Georgia, Susan love to give back by participating in charitable events, volunteering at nursing homes, and much more. The sky is the limit to where her sultry, smooth, silky voice will take her.